Turtle Run Winery is the oldest vineyard in Harrison County, has the 5th oldest vines in the Indiana Uplands American Viticulture area, and is one of the top 10 largest vineyards in Indiana.

As you drive to the winery, you can’t help but pass through the Turtle Run vineyards, the primary source of grapes for their wines.

At Turtle Run, they intently study the vines before planting to maximize the flavors you’ll experience. Wines contain upwards of 1500 natural chemical compounds, so the soil, the slope, the elevation, and the vine selections really do make a difference. 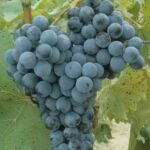 From Chambourcin comes a straight red, a nice blush, and a variety of blends as well. Considered a Mid-West and Mid-East darling it’s not grown in western states (probably because it’s a hybrid). The vine itself has unknown parentage as the person in France who created the hybrid, passed away without providing notes.

Here’s a little-known secret about the Chambourcin vine. Though the French government discourages these “inferior” hybrids, as only pure vinifera vines are acceptable to them, to have American parentage in their vines is “disgraceful”!). Oddly enough there are plenty of French growers making wines from these grapes as the wines blend effortlessly and enhance many other wines. Oh, the irony of it all… 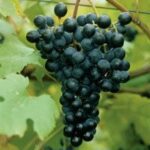 This hybrid grape was created by Cornell University. This grape provides a nice cherry, berry note and delicious aromas that are highly unique. Corot Noir is considered one of the top grape varieties out of the Geneva, New York breeding program. 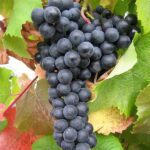 Ditto for the Corot Noir notes except add some peppery notes and you essentially have this wine. For both varieties, Turtle Run has never made a wine “straight up” with them. Rather, they have found both Corot Noir and Noiret to be decadent blenders. 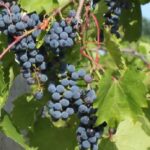 Planted in 2015, Frontenac is adding nice fruit flavors and delicate tannins to Turtle Runs red wine program. Frontenac probably won’t be bottled straight  up but rather used for blending. 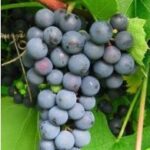 Also planted in 2015 St. Croix’s origins are from Minnesota. Turtle Runs chief wine maker Jim, found it to be full of cherry and berry fruit, but a little short on tannins and will therefore be used for blending. 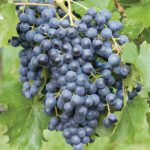 An American hybrid grape variety created in the early 1900′s and is used as a base for Turtle Runs “Blue My Mind” program. Jim added this variety on the gold slope so that the “Blue My Mind” label can evolve from Indiana grown to Estate Bottled. 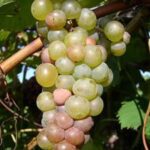 A white hybrid grape from France, this vine reigns over the Pinot Noir line and makes a dazzlingly delicious white wine. Jim believes he can do all sorts of things with this grape, from dry to sweet, barrel-aged to blended.

The Vignoles grape has garnered a lot of award-winning accolades in national and international competition, yet again; it’s mired in ambiguity in planting as it’s a “hybrid”. Jim believes if it tastes great, why not grow it? 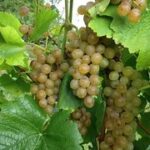 The Indiana State Grape! First created as a hybrid by the University of Illinois but when their grape growing program was temporarily shut down in the 1960′s the vine made its way to Purdue University.

After a pit stop in West Lafayette, Indiana, the vine further developed at Cornell University in New York. The vine is a hybrid of the very successful and spicy Gewürztraminer of Alsace, France.

A few years ago, one of Turtle Runs Traminette vintages was named one of the top 10 best wines in the world by Grape Sense. Call it a divisive grape. 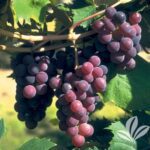 An American grape variety…or so they say. It’s not! This variety is a dumb luck hybrid in that it’s a hybrid of both an American and European parent, which developed in the wilds of Pennsylvania.

Legend has it that in the 1600′s someone trying to grow European vines in Pennsylvania had pollen cross from an American variety as a subsequent bird ate the grape and deposited the new variety seed in the woods and the rest is history.

This is a lovely, spicy, and fruity variety that makes a very nice, sweeter wine. 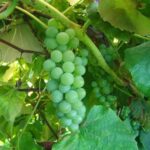 This month’s tasting is sweet wines in July! Download the tasting list and prices by clicking the link below. Hope to see you soon. Cheers! 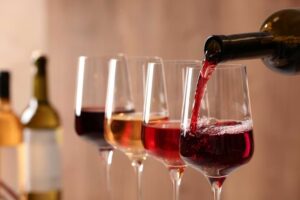 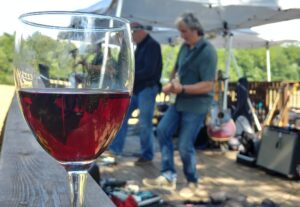 To create exceptional quality wine that brings food and friends together in a celebration of life. 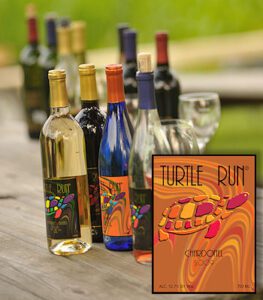 To preserve the essence and knowledge of “OLD WORLD” winemaking for future generations to learn from. 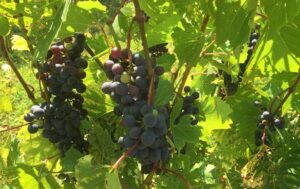 This website uses cookies to improve your experience while you navigate through the website. Out of these, the cookies that are categorized as necessary are stored on your browser as they are essential for the working of basic functionalities of the website. We also use third-party cookies that help us analyze and understand how you use this website. These cookies will be stored in your browser only with your consent. You also have the option to opt-out of these cookies. But opting out of some of these cookies may affect your browsing experience.
Necessary Always Enabled
Necessary cookies are absolutely essential for the website to function properly. These cookies ensure basic functionalities and security features of the website, anonymously.
Functional
Functional cookies help to perform certain functionalities like sharing the content of the website on social media platforms, collect feedbacks, and other third-party features.
Performance
Performance cookies are used to understand and analyze the key performance indexes of the website which helps in delivering a better user experience for the visitors.
Analytics
Analytical cookies are used to understand how visitors interact with the website. These cookies help provide information on metrics the number of visitors, bounce rate, traffic source, etc.
Advertisement
Advertisement cookies are used to provide visitors with relevant ads and marketing campaigns. These cookies track visitors across websites and collect information to provide customized ads.
Others
Other uncategorized cookies are those that are being analyzed and have not been classified into a category as yet.
SAVE & ACCEPT
Share this ArticleLike this article? Email it to a friend!
Email sent!